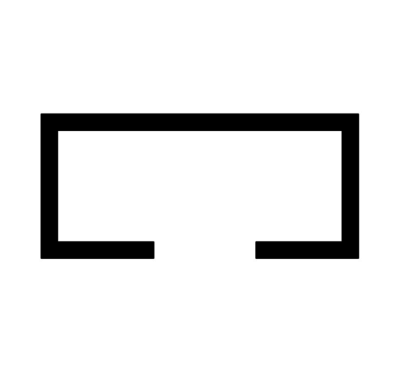 The Place of a Displacement
Lune Ames

The Latin root of belief is lief, or “to love or hold dear.”1. In this way, belief is a sort of possession: the object that is believed is beheld. The believer is a beholder of the image. Today the image is believed, or beheld, more than one’s own eyes. According to art historian and theorist Hans Belting, the concept of the beholder crystallized after the Middle Ages with the emergence of art, where the artist assumes control of the image. “Subjects seize power over the image and seek through art to apply their metaphoric concept of the world. The image, henceforth produced according to the rules of art and deciphered in terms of them, presents itself to the beholder as an object of reflection.”2 The subject-object relations reinforced the beholding of the image, which, up to today, has been exacerbated by the billions of images at our fingertips. The more images we see, the more we believe them and the less we believe our own eyes.

With this clinging there has been a letting go. The increase in images has, according to cultural theorist and philosopher Paul Virilio, led to a “decline in retention rates and recall. In other words, we are looking at the rapid collapse of mnemonic consolidation.”3 Ancient memory-theorists invented a topographical system to train the mind with a sequence of imagined places and locations which were embedded with sequences of information.4 According to Belting, the ancient techniques of recollection were no longer as important as the content of memory itself.5 Thus, we began to forget.

The etymology of forget opens up the notion of letting go of these mnemonic techniques. Its root get originates in the Greek χανδανεν (khandanein), meaning “to hold, contain,” which appears in the Iliad as “the breast of Hera could not contain her rage.”6 Get, too, is a sort of possession, in that it is something “held” like belief. It opens up the spatial characteristics of belief, with forgetting as a sort of displacement.

Further, believing in an image appears to house belief in some way. Art historian Joseph Leo Koerner states that “the spirits thought to dwell [in the image] are mere belief,” suggesting that the image houses belief.7 In this sense, the image is like a structured space that shelters. The particularities of the places in which beholders live would seem to impress upon the image. Belting describes images as having a function in relation to the place they resided. The image titles were “toponymous” in that they named the location, so the memory of the image referred to its general and particular context.8 Belting states that the psychological power of the symbols of local communities remain just as powerful.9 The impact of a particular place on the image begs the question of how place structures belief itself. With forgetting as a displacement, belief becomes homeless with nothing to have or to hold. Belief shakes its cup of coins—the cup of longing its only container, one much too small to provide shelter.

By believing, the beholder seems to be freed of this heartfelt desire. Desire, the Latin libido, is etymologically connected to belief as an origin of love, and the web of belief continues to be woven. It is belief that frees the beholder of an unfulfilled longing. Belief, desire, love, and freedom are united by the Proto Indo European *priHós10 and Sanskrit priya,11 which both mean “beloved, happy.” To free, then, is also somehow to behold. Though the definition of free is “not under the control or power of another” and “not physically restrained,” there is a mysterious link to freedom as containment.12

To gain more clarity on the notion of housing belief and images, οικος (oikos), the Greek word for house, continues to open up the question.13 In Image, Icon, Economy, Marie-José Mondzain studies the relationship between the Greek oikonomia (economy, from oikos) and eikon (icon), tracing how the image has been tethered to political power and the economy. Looking at just oikos reveals that it pertains not only to the built house but to “any dwelling-place.” Accordingly, insights can be gleaned by studying oikos through ecology, rather than economy. Stemming from oikos, ecology is defined as “the branch of biology that deals with the relations of organisms to one another and to their physical surroundings.”14 This definition can be expanded into the realm of oikos, as a study of the house with regard to image and belief. Paul Virilio describes a dire need for an “ecology of images” in the pollution of mass media.15 Tracing the houses of images across history provides ecological insight. Images have been housed in caves, tombs, houses of worship, government buildings, museums, galleries, private collections, and, more recently, computers, smart devices, and server farms. How does the “spatio-temporal organization” of seeing, which precede gesture and speech, affect belief in the images? In churches, for example, images have represented the divine, whereas on smart devices images represent what appears to be everyday life. The places in which images are contained would seem to directly affect belief in them—with the immaculate architecture to conjure up reverence. But server farms isolated in the Midwest do not necessarily evoke an aesthetic reverence. The immaculate conception of server farms is that the layperson does not know how any of it works. It is a new sacred. And the codes of information, including images, protects privacy. How does the server farm as house impact the belief in the images they store?

With the oikos as a house kept up by the “family,” an inquiry into lineage is required. This leads back to get, where beget, from the Old English begietan, is to “bring a child into the world… to give rise to, bring about.”16 The oikos is continually reproduced generation after generation. Virilio describes a similar sentiment with regard to memory, saying, “one could speak of generations of vision and even of visual heredity from one generation to the next.”17 Ancestry becomes a coded structure passed along. To forget, then, is to abort: “a pre-emptive abortion of the diversity of mental images, of the swarm of image-beings doomed to remain unborn, no longer to see the light of day anywhere.”18 These swarm of image-beings are somewhere not held dear, thus not brought forth.

With everything lost, there might be lingering residue, like fossils or artifacts… Is there any residue that might provide hope for what is being forgotten so that something else might be known, or even remembered from before?

In all of this, while forgetting is an act of letting go, the forgetting itself is still somehow contained. Accordingly, there seems to be a space that is not a place, and this seems to be what concerns the image. Even for iconoclasts who destroy particular images, their belief in the image is reinforced. Suspended in this space of forgetting, one appears to learn what she would otherwise not have. Umberto Eco explores this art of forgetting, ars oblivionalis, in “An Ars Oblivionalis? Forget it,” investigating the notion that there might techniques to induce forgetting akin to mnemonic techniques. Today neuroscientists would claim that a sort of ars oblivionalis actually fosters a particular type of learning: meta-learning. Neuroscientist George Musser explains that “forgetting is not inimical to learning but essential to it.”19 Without forgetting, information and tasks blur together without any sense of overall structure. In fact, neuroscientists are applying this law of forgetting to machine learning, where they feed machines images and develop a necessary bias that teaches them how to learn rather than to simply repeat tasks.20 “[The machine] expects its input data to take the form of an image and prepares accordingly,” Musser explains.21 And the human eyes, too, are being trained in this way. The drive to learn for learning’s sake is what builds this overall structure of connections, rather than to simply rely on fixed instincts, and neuroscientists claim has been a key in evolution.

This structure is fundamental for learning via images, but the structure itself is not treated as an image, despite its visual description. It seems more akin to a structure that contains or shelters, like the beholding of belief and the house of oikos. But what or who is constructing this house? Belief remains homeless without it, so the fundamental desire to behold seems to be a driving factor. Virilio describes a similar driving force as a kind of “image energy that… just as, in physics… evolves towards a state of equilibrium in which the energy is as low as possible.”22 This image energy seems to be a sort of placeless space, where energy is neither created nor destroyed, where remembering transforms into forgetting transforms into learning. There is constant displacement that is resonant of French philosopher Jean-Luc Nancy’s description of the image as an effigy of the absent:

The word imago designated the effigy of the absent, the dead, and more precisely, the ancestors: the dead from whom we come, the links of the lineage in which each of us is a stitch… It images absence. It does not represent this absence, it does not evoke it, it does not symbolize it, even though all this is there too. But essentially, it presents, absence. The absent are not there, are not ‘in images.’ But they are imaged: their absence is woven into our presence. “The empty place of the absent is a place that is not empty, that is the image. A place that is not empty does not mean a place that has been filled: it means the place of the image, that is, in the end, the image as place, and a singular place for what has no place here: the place of a displacement, a metaphor… The image calls out: ‘Make way! [Place !] Make way for displacement, make way for transport!23

Forgetting is one answer to this call for displacement. The door to the house is always open for comings and goings, like this hieroglyph for ‘house.’ Inherent in the structure is a waiting to be swept clean of its contents, to be emptied of its furniture, making room for yet another effigy of the absent to behold.

Lune Ames is a writer who was raised in the Midwest and is now based in NJ/NYC.